Check out this very awesome video!

Formal dining rooms are starting to go the way of the formal living room—out of service. While many homes have dining rooms, the square footage devoted to them often isn’t justified by the little use most families get out of them. And who wants to waste that much space? Instead of letting an entire room become a black hole for clutter, get inspired by these seven ways real families have converted their dining spaces.

Avid readers, rejoice! We’ve found a home for all those boxes of books that are collecting dust in your attics. The Michael Fullen Design Group added floor-to-ceiling bookshelves to this family dining room to double its usefulness and create the perfect reading nook.

All in the Details

Why simply work at the dining room table when you can claim the whole space as your office? Fill in with inspirational accents to get your creative juices flowing. And, most important, stock up on storage for office supplies and files—less visual clutter means less need for a door to separate the office mess from the rest of the house.

Babies may be tiny (and adorable), but let’s face it: There are lots of necessities and toys that seem to come along with them. While you’re trying to decide whether or not to look for that bigger house, you can set up the nursery in your former dining space. Here, a few tall bookshelves—outfitted with storage bins— separate the nursery from the living area just on the other side.

Big or small, all rooms can benefit from the inclusion of a few small-space solutions. Interior designer Kerrie L. Kelly made this dining room convertible by introducing a Murphy bed. One weekend, the well-appointed room serves as guest quarters; the next, with the bed all tucked away, it hosts a dinner party—genius!

The Family That Plays Together

Giving everyone a place to hang out is easier than it might seem—simply swap out the formal for something more casual. Take Gast Architects’ lead and mount a flat-screen on one wall in your unused dining room, then replace your stiff dining set with a comfy couch. Enhance the space with custom-built wall storage, and you’ve got a cozy spot to unwind with an impromptu movie night.

This family has a house full of little ones, which means they have less need for formal dinners and more for space in which the family can let loose and be creative. Their light bulb idea: Transform the dining space into a playroom. Here, they have swapped a large family table for the kiddie one, and hung three easels on the wall to encourage the mini Picassos.

It’s a basic human desire to own a little plot of land. But what if your plot is really, really little? With some clever planning and a few spatial and visual tricks, you can still make a very modest outdoor space into an interesting, functional, and enjoyable spot to relax and entertain alfresco. Read on for 9 strategies for living large in a tiny yard.

When you can’t spread out, spread up—varying levels can make a compact space seem larger. The raised deck (yes, even the smallest of lots can have a deck!) nicely defines a lounging area adjacent to a shed, which makes it convenient to stow away cushions when bad weather approaches.

2. Use the Terrain Wisely

Here again, this time achieved solely with landscaping, multiple levels can create the illusion of a larger yard. Instead of fighting against a sloping site, this homeowner created a sense of space and depth with a stepped pathway that meanders through a varied, textured array of plantings.

3. Think About Lighting and Props

One advantage of a small space is that it doesn’t take much money or work to give it a major upgrade. Simply installing a fence and stringing up lights transforms what could have been a sad and bedraggled yard into a cozy, romantic hideaway.

The geometric forms of this modern home give shape to specifically designated spaces within the landscape design. A wooden fence and gateway surround an intimate outdoor room and make the outer yard feel more expansive. The path of concrete pavers provides a sense of movement and connection between the two areas.

To add interest to a tiny yard, consider creating a pathway to visually expand the space. In this back garden, a stone path takes the eyes on a mini journey through pretty ground cover and a tapestry of green plantings, with a stone bench and a tiny pond serving as a final destination.

This thickly planted yard looks much more inviting with the addition of a graciously wide brick path to lend some air and openness. The slight brick deck—just wide enough for a doormat and planters—creates a graceful transition from house to yard without eating up much space.

7. Squeeze in a Wow-Worthy Feature

Just because the yard is low on square footage doesn’t mean it can’t be a grand space for gathering. A fire pit or an attractive stone design—or both, as seen here—is a dreamy feature that takes up very little space considering the amount of entertainment it provides.

Hardworking furnishings are just as important in a small yard as they are in a small house. To make the most of a minuscule patio area, this homeowner constructed a planter bench that combines guest seating with raised garden beds. The frame in this Instructables DIY is metal and required welding, but the same functionality could be achieved using a wooden frame.

Don’t neglect vertical space when looking for ways to expand the visual depth and functionality of a small yard. A fence or wall can be painted a vibrant color, used for storage, or even put to work as a growing space. These living wall gardens are filled with succulents, an excellent choice for a hot and dry spot.

When the owners of an Indiana home recently listed it for sale, they got an unexpected surprise: a rental scam targeting their address. 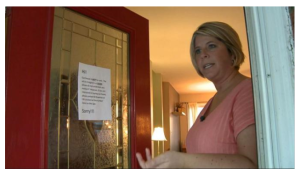 “People were getting out of their cars. They were coming up to our front door, ringing our doorbell, looking into our windows,” homeowner Amy Hagans told ABC News after an ABC News reporter noticed a story about her plight that originally appeared in The Star Press.

The people were responding to a Craigslist post advertising a three-bedroom, two-bath house, with a big backyard that was available to rent for just $750 a month.

“I fell in love with the house. The yard was humongous,” said Patty Costa, who came to see the house in Muncie, Indiana.

Costa said the home was “perfect” for her grandchildren. After exchanging texts with the person who posted the ad, she wired the person a $275 deposit and then came to see the house herself.

When Costa approached the home, she learned that the deal was too good to be true. The Hagans’ had posted a sign saying, “Our house is not for rent” to alert people to the scam.

“I opened the door to see a lady standing on my porch, reading the sign on our front door,” Hagans said. “I felt terrible about the whole situation.”

It’s a scam being played out in housing markets across the country.

The process is called “scraping.”

In the Hagans’ case, the scammer may have used images from the real estate company’s website where the Hagans’ had posted their home for sale.

According to the FBI, scams like these cost Americans nearly $20 million in 2014. And the bureau estimates the actual number of cases could be 10 times higher because many aren’t reported.

These types of scenarios also exist in the vacation rental market.

When Cherry McCaffrey used a rental website to book a vacation house in South Lake Tahoe for her extended family, they found the door unlocked when they arrived.

After they settled in, the owner showed up, not knowing his house had been rented out.

Experts say there are ways renters can protect themselves. First, never wire money. Second, try a “reverse image search” for the listing photos on a site like Google.

If images from that listing appear on multiple websites, renter beware. And third, use common sense.

“I think the best tip, is really, if it looks too good to be true, it most likely is,” Berglas said 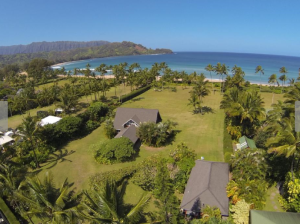 “People are realizing they’re not just for the movies, anyone can have one,” said Steve Humble, president of Creative Home Engineering in Arizona.

His company designs and creates disguised entryways to hidden spaces — everything from stone walls that open up, armoires with a trap back door, and of course, the bookcase that unveils a concealed room.

Entry into a clandestine spaces can vary, including pulling off the homeowner’s favorite book from a shelf, touching the right spot on a wall, or even having to play the right series of notes on a piano or moving chess pieces in the right order to get a wall to move. 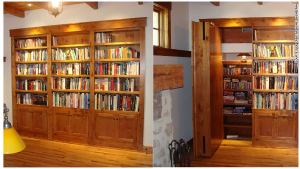 Humble said requests for incognito doors has increased in the past few years, and that the trend has shifted toward security recently. About 30% of his business is creating designs for high-security rooms, which can involve bullet- and soundproof doors, integrated alarm systems with surveillance and retina or finger scans.

Some ultra covert clients don’t want anyone knowing about a concealed room — even the people building it.

“Occasionally, there is someone who doesn’t want the contractor to know the secret,” said Humble. “The crews and professionals think the room is an ordinary room, then after they go, we place the secret door.”